You are here: Home

3DM Analyst is the most powerful terrestrial photogrammetric package on the market.

I have used 3DM Analyst where no other technology was able to provide a solution.

Based on technical considerations of the trial results, ADAM Technology's 3DM Analyst plus CalibCam softwares provide the best solutions for BMA's highwall mapping.

I normally don't budget for ongoing support — instead, I do 'catch-up' purchases every two or three years. However, the quality of support we've had from ADAM Technology over the last 12 months has been really excellent, and so in this case I'm going to make an exception!

After using free software and testing other packages like Photoscan and Photomodeler 3DM Analyst is in a different league in terms of camera calibration, flexibility of application, meshing capabilities and provenancing of work flow.

It is a joy to use and exciting to be able to say we are the first university and department in the UK to have it.

After exhaustive testing of 3DM Analyst Mine Mapping Suite for building DTMs of coal mines in western Venezuela, we are convinced that the software provides reliable and accurate results in a fraction of the time required by traditional photogrammetry.

We believe this solution offers the same or better precision than aerial LIDAR and at much lower cost.

The system is an eminently practical solution for surveying mines in developing countries requiring nothing more complicated in the field than a quality digital camera and GPS receivers.

I had never done anything like this before and approached ADAM Technology for their advice on the best settings to use. I received more assistance than I could have expected, I was very impressed with the support. 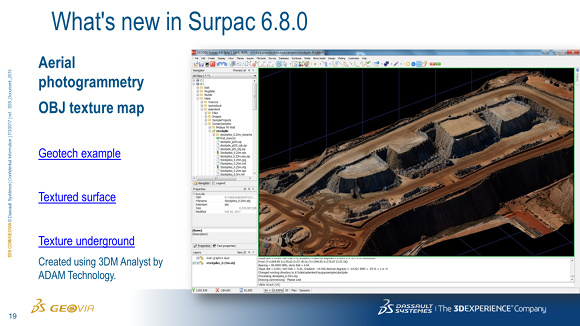 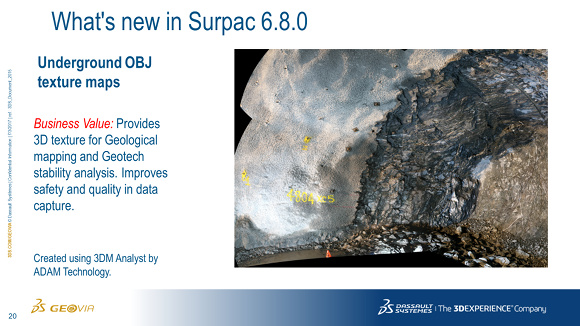 Photogrammetry is the science of using 2D images to make accurate measurements and models in 3D.

How does photogrammetry work?

How accurate is photogrammetry?